Be who you are - Cosmic Christ 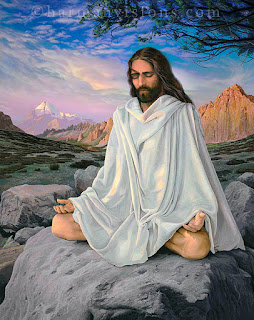 In the face of all suffering, mankind is dominated by oppressive actions, letting the forces of light be limited before their eyes.

If you could see for a moment the love latent in your hearts, you would honor all the supreme power within you. Nothing on this planet is true, everything is part of a great illusion, created by diverse interests of beings much older than the present humanity.

Everything resembles a great game, where the ascent was diverted to the human eyes, thus provoking the illusory dependence of Samsara's wheel.

The game of suffering is an illusion, the density created in this dimension purposely enslaves them, for the less perceptible the subtle energies of love and compassion, the greater the difficulty of understanding the real power of divinity.

All, without exception, seek to evolve, seek to reach higher steps at every opportunity of return (incarnation), but lose themselves in the face of the limitations imposed by the human Ego.

Humans seek the outward part of their existence, answers that only through the inner connection will be answered, but that my brethren, is another trick to deceive them, to leave them distant from your intuition.

There are no limits to the New Age, for in this, they will walk free without weights from the fleeting illusions of the flesh. The kingdom of peace, love and compassion is already established, what they lack is trust in the divine, for the power of manifestation is through vibratory attunement, without fears and anguishes originating from your beliefs.

The feeling of compassion is what makes them divine, allow this energetic web to flow, grow, and become perceptible even to the most dense. Everything draws energetically, and this my brothers, is the natural selection of life, where there are no dissonances, only affinities, that unite without question, only unite as if they never separated.

You judge yourselves, and forget who you are, and in so doing, you allow your restraints to gain strength to continue to feed this illusion, illusion this, fueled by poorly elaborated logic, and misinterpreted by minds still incipient before the actual inspiration of concepts and truths.

Beings like you have lived on this planet, facing the same difficulties, and have succumbed to their weaknesses, for they have refused to see that all are the One, that compassion, love, humility are reflections of the creative source, which does not limit, it is only what it is, because that is enough.

Let them be my brethren, for so they were created, and when they so decide, they will return to the Light.

Source: http://www.peacetransformation.com/
Posted by Michele Martini at 3:00 AM