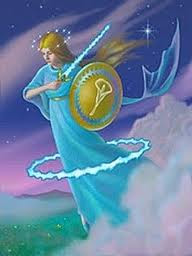 Understand how is the process of life is to accept the natural flow of energies that pass through you, this way of living, is to allow that happen the growth, the enlightenment and the evolution .

You, sons, have been working intensely within themselves, in order to become more crystalline and purer beings. But they faced a moment without identifying what they expected to happen.

You close yourself to not allowing the natural flow of energies, which come to you to expose those feelings stored in your records, but which you fear exposure.

Through love, self-love, you begin to understand why you feel bitterness, you begin to hear your own body, your emotions and your feelings. You simply accept what comes to you. They work internally the way they know and then release.

Learning to release is the most difficult obstacle to achieve. For you receive new information, which it tells you to let go, let go of what you were, or what you hoped to be, but then you receive the information and you do not let it flow, you do not let it simply pass by you, add learning and allowing him to bring those personalities, distorted dreams and ideas that made his life.

You cling to the information you should release, and then there is discontent. You no longer identify with what you were, but the fact of not letting it flow prevents that you receive the new. They are stuck in the quest to fit into something, to find a new Self to take on a new personality. And the anguish arises from this feeling, from that search that will not come to in the end. For the work here is to cleanse information, to subtilize the body, so that it is no longer that mirror that reflects its pains and its history.

You continue to strive to be what you have determined to be. You yourselves work so hard on cleansing your lower self, but with each cleansing, you end up clinging to some other information that is still alive. But that it will also be clean.

The anguish, the feeling of emptiness, comes to the surface, caused by the fact that they do not allow complete emptying to occur, by clinging to some personality, to the ones you end up creating in your minds, where you try to remain attached to something that you understand as familiar , which is possible to be materialized.

Realize, dear sons, that what you create in the mind is possible to be materialized, but it will always materialize some new personality, and will not allow the flow to occur naturally.

Imagine that you are in a hole, a great hole, that begins at the surface of the earth, and goes deep into some place you can not measure.

Inside this hole, on the walls, there are small caves. Each of the caves is a personality, an identity. It is there materialized, it is clinging to the walls of the hole, still fixed in matter, on earth, in the physical world.

So I come and tell you: deep down there is the real encounter with yourself, there, you will be only the I Am, unified in One with the greatest manifestation of yourself, which is the Higher Self. There are no limits there, there are no personalities, but it takes courage to throw yourself into the hole, without clinging to the walls.

The walls are safe, they are seen as their safe haven, because when you fall into the hole, you still have one last breath of what you understand to be the only way to exist in this material life, which is by clinging to personalities. So, with each cleaning done, with each restraint worked and illuminated, an avalanche falls and closes the hole of a cave. And then you still linger for a while trying to enter to that cave, and it causes anguish, fear, sadness, because you no longer find that Self that you so much identified in yourself.

You then have a new chance to definitely meet the I Am, if there is enough courage to throw yourself into the hole. But when you are tired of the anguish and the incessant search for that personality that was locked in the avalanche hole, in that cave that no longer exists, you then decide to throw yourself back into the hole, brave to meet your own truths. The fear makes them cling again to the walls, and then they find in a new cave, a refuge. There, they face another personality who I was already willing to cease to be, so they identify with him. And, then again, it comes the avalanche, and again you go through a period trying to get there what was lost, that identity.

And so it follows. Cave to cave, alternating between fear and courage. Moments where they stop to identify with something material, then feel what is the connection with the I Am, and then again repeat the manifestation of fear, which prevents them from completely surrendering to that energy that is your truth. But it still did not have space to manifest fully, because you would like to visit some more caves.

Anguish, is in the fear of dare. You are in fear of change. It is because they do not allow themselves to be their own truth. The feeling of fear is completely tied to the attachment to the matter, which you believe to be the only truth, but which is only what the material eyes moved by fear can see.

Allow the natural flow to occur, allow the light that draws you to the bottom of the hole, take hold of your bodies, lighten your fear and remove attachments to the matter, so that you can be your own truths manifested in the body Physical, but experienced by the heart and the greater manifestation of yourselves: I Am.

I am Elohim Astrea