The dilution of the Lower Self - Thiago Strapasson 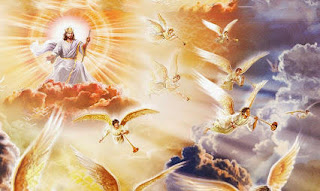 To read the supplement of this text, under the blessings of Mother Mary, click here.

The feeling of unity, when it becomes manifest, causes confusion.
For together with the feeling of integration we feel such a void that we no longer believe in our own existence. In fact, we no longer know whether we are real or a mere illusion of life in this experience.

Yes, the feeling of oneness is something somewhat frightening, as we perceive our own consciousness to be diluted in a totally unknown ocean. We do not know if we really exist, as well as what we will find on the other side. But there is no way back, for the old Self has broken down in the face of the harsh trials and the whole process of purification through which we have passed through lives and lives. It ceased to exist so we left all our references from the past, and we no longer know where we are going. It is a feeling of being lost that we only recover by taking in the hand of a Master, who will lead us with all love.

This is a feeling that I once heard from a Master, as being like a river when it reaches the sea, which still looks back and tries to hold on in fear of what will come, for the feeling of unity comes accompanied by a huge emptiness, Where we no longer identify with the Lower Self, but also do not know what we are becoming, if we exist.

We continue to live life, but we come to see all this as such a tiny representation of what exists ... And to be honest, this is tormenting. Simply to doubt his existence, knowing that, in the end, this body is a mere manifestation of a memory of the akashic of something much greater, that was made in human personality.

When we see ourselves as a simple flame of a much greater energy and realize that we even exist, if not in a three-dimensional planetary reality, it is somewhat confusing. For our physical senses manifest in matter, as a Personality Self that lives its days, and interacts with others who are in a similar situation. But we see that this I who lives his days here no longer exists, he is in connection to everything, and what is left is nothingness. The feeling that nothing matters and everything is fine, always well.

The dilution of our own consciousness to the I AM is the greater expansion of the feeling of unity, where we no longer feel the divisions and barriers that separate us from All That Is, although our eyes and physical senses tell us the exact opposite. The mind simply does not understand what is happening, and we have to live with that feeling.

It is a paradoxical feeling that fills us, for this emptiness, together with this yearning for unity, for connection to a much greater energy that is inexplicable to our mind, in a certain way causes us fear and confusion.

When we cease to be certain of what we are, even of our own existence, and we come to have as the only certainty that our consciousness, as manifestation of a much greater energy, will become an agglutinated memory to the akashic record of our I presence I am, there comes the doubt and with certainty, that we are very little in this life. We see ourselves as the Inferior, who has so often protected his honor, his possessions, and everything he thought he possessed.

At the same time we look back and we no longer meet, we realize each day our conscience is thinning in this sea, because something is calling us. We discover a fantastic world, multidimensional, full of magic and without limits, that presents itself and is very charming. A world where time and distance, in quantum terms, become irrelevant, and enormous wisdom is simply at our door, without us even knowing how it was created.

This is the sensation of one who perceives himself as a stream before the ocean, a spark in the light which it represents. This is the sensation that comes to us when we realize that our consciousness does not even exist, but only a physical body that manifests itself in its days, interacts, but already detached and full of doubts as to what will come.

The conflict sets in, for it simply becomes terrifying that the word "I" does not exist. This word, from day to night, loses its meaning, and can be replaced by the expression "this body." Because the Self becomes unity, and with that look we simply fail to see the division. But this is not an understanding, but a look, a feeling, that manifests around us, along with the love for everything.

But at this point the question that arises is: How will the future be? For how can this Self that I even exist continue my days in this reality, knowing that everything is but a great game, a bank of experiences, that are added to the Akashic record of an energy that we are not even able to understand?

The feeling of total emptiness is something that, while frightening us, causes us to experience more of this feeling of inexistence and connection to the whole.

I simply understand now why so many humans prefer to live the three-dimensional life without seeking something higher. It is simple, it is comfortable, and allows us to savor matter with all its intensity, without doubting our own existence. For the physical senses prove to us every second our physical existence, and in this respect the existence of a biological body, which manifests itself in its own environment, in the environment which has been developed to exist, is scientifically proven.

But when the river approaches the ocean, and we realize what we really are, doubt sets in, and we immediately move out of a comfortable situation known to something that we have no idea what it is. This feeling is somewhat conflicting, which intrigues those who no longer see themselves as existing on this plane.

Many say they would like to experience a greater connection, but that may mean letting go of their own humanity, failing to understand it as they have taught us, so that we can simply return to the reality we have come. An energy that is diluted in the immensity of the cosmos.