Life in Matter and Understanding of the Process - Master Saint Germain 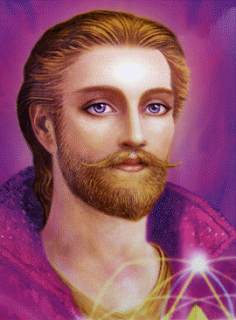 From the narrow point of view of materiality, you can only observe what is before you, shown and perceivable by material eyes, manifested physically by cells that form the human body, organs, skin, and the whole body of matter Which bodies are composed.


The part specified as material is understood as the physical body, which you can observe in this image below: 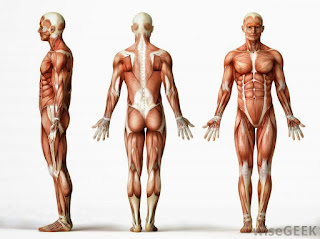 In this way the functioning of the human body can be understood, which is free from the possibility of living without feeling.

There are those who seek not to feel. This quest to not feel is the refusal of material experience. For the soul knows that the physical body is something temporary, and from it it wants to be free. This you have certainly heard several times in various literatures, where it is stated that the incarnation is an act of great courage for the spirit, which enters into a physical body. And it is much more painful than disincarnate.

As a soul detached from matter, you fear the incarnation in the body. And as a physical body, you fear disincarnation, where you will return to the free soul state.

The whole process of change is called transformation. And so I come to bring the knowledge of how to transform, to transmute the memories that guard of pain and suffering, so that in this journey you can enjoy the landscape, to enjoy the experience, to delight in the aromas, with the flavors. So that they can truly experience the materiality experience with mastery. So I did, and so I bring you as an experience, for the first time, to teach you how to follow this path.

Let us begin with what binds them to materiality. If you today think about what keeps you alive, you begin to realize that everything is based on the mind, and that you really are really stuck, and so manifest in your lives, reverberating through personalities, experiences and so many sad endings, where you sometimes need Let them go. Make them fend for something that never existed.

Life in materiality is something magical, sublime and authentic. It's something unique. But that is only perceived in this way when detached from fear, ego, anxiety, and all the feelings that bind you to the lower manifestation of yourself.

You say to the winds: I have an obsessor! I'm obsessed! I'm being attacked by evil forces!

You, in the first place, are free beings. And as free beings and holders of free will, they are the ones who determine the course of their lives. You choose which tuning you want to vibrate. You choose to follow the path of darkness, or the path of light. Or even you end up choosing the middle way. Neither here nor here. Only within the energy of yourselves, manifesting the truth of what you really are. For they know that they are beings of light, but also know that they are in a provisional state of incarnates, so while they are here, they are there. Acceptance of this truth, of this I Am identity, is what will make you happy and when you begin a lighter journey, a phase where you begin to appreciate the whole process.

Realize that this journey is pure, it is clear, but that you add shadows, but in the same way add points of light. And they are changing attunement, jumping from side to side, within their own creative minds.

You live the excesses, they go from one end to the other, but do not stop to enjoy the middle way. That is where they can enjoy the continuity of the process.

Higher end of enjoyment of life, happiness and joy: 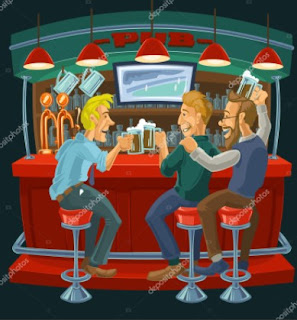 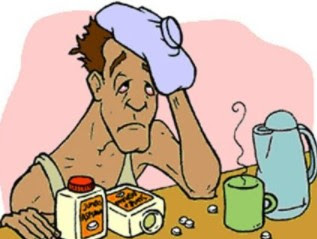 If you want to feel more intensely, just notice your reactions and sensations as you look at the pictures. For the most sensitive, just looking at the image for a second brings the feeling of drawing. So if by looking at an image the feeling is brought, perceive the alchemy and magic that life brings as a possibility, and how you can live from one end to the other.

What is it like to live the middle way?

Difficult, this is the great pursuit of life, is to find that balance. And it is this balance that will bring fullness, enlightenment.

Realize where the motivating feeling of action arises.

Let's investigate the example I brought:

Let us search within ourselves for the causes of our own sufferings, which are brought only by us. In the moments when we are vibrating joy, we bring near to us pure, sublime, joyful energies. We rarely get sick and are always happy.

But if to live a moment of joy, we end up overdoing it and become exaggerated in that action, we can quickly turn it into something inferior.

And so I bring the boy's record so that they understand and apply it in the example of their lives.

The boy had a difficult week at work, but on Friday he received some very joyful news. That he would receive a cash prize at work for recognition of his efforts in the difficult week.

There we can observe several points. The boy spent the whole week unhappy, but there was an act of reward, which told him that he did the right thing, and that is how he should go about life.

Hence the example of a controlled and conditioned mind can be observed in doing and receiving in return.

He does, strives, follows the heavy week at work, thinks of giving up, can not take it anymore, goes to the extreme, suffers. He thinks of leaving everything behind and changing his life. But at the end of the week, even before actually taking action, he is rewarded.

And what makes a man conditioned when he is rewarded? It is conditional upon this rule. This was noted in the work, for he was rewarded for his own unhappiness, and his mind is being prepared. It's already programmed.

But then he repeats the conditioning. Well, go to the bar and celebrate with your friends. As a sign that he deserves another reward, and then goes to excess of his own health, without thinking of the consequences, for he thinks that this is how life works, is conditioned to excess. He learned that the excess generates reward, and then gets drunk and becomes ill the next day.

And so he repeats, and repeats and repeats. Until one day when it's time to wake up. His spiritual guides are approaching, he suffers, he goes through even more difficult moments, but will do the deprogramming, gradually.

Sometimes the boy can hit the car, drunk, and be arrested. Sometimes he may get fired from the job. But his life begins to be worked out in order for deprogramming to take place. That is what you call suffering.

Realize, what suffering is deprogramming. Some have already understood how the process works, have begun to perceive in their own sufferings, opportunities to let go of their attachment, attachments, illusions. But they cost to learn, they suffer and then they learn.

And so it's the only way to actually do the deprogramming.

Life shows many paths, but all lead to the same end. The opportunity to live the material experience completely freed from the conditioning of the mind, fear, ego, attachment and anxiety, from all that generates suffering. But what are those aspects to which you end up clinging, incarnations after incarnations. And they do not leave without a strong work of deprogramming the mind.

And then gradually liberation takes place.

Oh children, if you could see how easy it is, how beautiful it is.

You are like little beings connected to several energetic threads, each one that needs to be enlightened, clean, transformed. But each of these threads is a suffering. For each of them is an attachment, a fear, a schedule. And the true pursuit of life is complete deprogramming.

This occurs on a number of occasions, in various incarnations, for so much information is to be dealt with, which take many incarnations so that it occurs with as little suffering as possible. Each learning is brought to you at a time when you can deal with that subject with a little bit of knowledge and wisdom gained from the process so that you can succeed in the cleaning job.

But the process is long, and transformative. Transmuter. This process is what Transformational Therapy promotes. Which is rather painful and brings suffering, but which also brings liberation.

The magic of life, the possibility of becoming glittering points of light in the way of matter, is taking shape, showing itself, as they illuminate, treating each schedule, as they release their attachments, fears , And are indulging in the process.

The last energized wires connected are no longer removed with pain, but come out to the sound of your smile, the smile of your heart, which is bubbling with light and no longer allows you to feel pain in the process, which is only light.

So it is the process of enlightenment, each in its own way, each with its own history, but illuminating its own life, bringing the alchemy and beauty of the process and experience that is life in materiality.

I am Saint Germain

Source: http://peaceandtransformation.blogspot.com.br/
Posted by Michele Martini at 4:19 AM