The Inner Anchorage and the Collective Movement - Maha Chohan 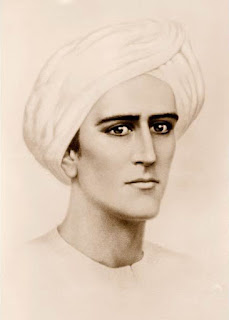 Sons of truth and the manifestation of peace on the planet.

From the moment you reach the stage of radiance of balance, before all the adversities that are placed before you, you begin to understand what is the state of fullness achieved with mastery. At this point, they begin to notice the collective nuances, and feel how they influence their lives.

Being immersed in the collective consciousness, children, is like being in the sea, in the middle of the waves. They take them and then pull them. So it is the collective, made of cycles. And as you expand consciousness, you become stronger as if you were a mast in the midst of the rough sea, standing in balance, for you perceive the influence of the whole in yourself and are able, through meditation and anchoring in the heart, to Remain in peace. This is a state of that being that is initiated in the fullness of life, the state of balance and attention to what it feels, to the detriment of the waves that are carrying them.

You realize the moment when you are to withdraw into your own interior, to seek truth and peace, which will never be commensurate with the external environment, for you are here as travelers away from the home, which is the abode of the heart. They are immersed in physical experiences, sometimes dense and giving the possibility of gaining more wisdom, though through suffering. That suffering that you are able to transmute in love, and that you no longer allow to be part of your lives, because at a due stage, realize that all suffering is just an illusion.

At this stage you are always striving for balance, repairing the vibration of your bodies that manifests in anxiety, collects in shyness, desires solitude, or wants to fraternize. But you begin to realize that this is not your natural state. They are allowing themselves to be influenced by the collective, by the whole, by unity. In this state of fullness, you are already capable of maintaining your own vibration, for you have begun to know yourself, and you already know how to distinguish what is the outer longing of the heart's will. You stay in the center, and you are no longer allowed to walk in these waves. He who knows himself is able to be in unity without losing his essence, for he already has consciousness of what he is.

The loving and compassionate gaze before his brothers, even in the face of the atrocities observed in each one's walk, and also before the beauties of life, ends up causing no further reaction. You remain embedded in your own truth and inner light in a balanced way, not allowing yourself to enter the energetic wave experienced by anyone who comes into contact with you.

It is a state that, in the slightest slip, you breathe, stop, and simply seek again. And then they become their own peace, because the state outside themselves, of the essence, already bothers them, and then they are able to remain in that inner anchoring, radiating their essence to the world, while all continue to be carried by the waves of life.

For this, children, it is often necessary to retreat to a moment of peace and meditation. To seek inner truth when the emotions of matter that surround them are already beyond what would be a life of peace and balance. It is perceived that the excesses begin in every way, and soon there is the desire to isolate themselves from everything. But he who has the mastery of life, is already able to seek his peace in this state, because he knows his own vibration, he feels the change of his energy signature, either for whatever cause, by his emotions that exacerbate, or by the external Which causes it.

People who no longer seek silence, but extroversion, in order to let themselves be carried away by the energetic wave of the moment, which intensifies in the commemorative dates, where there is a great energetic form that hangs over humanity, and which leads to all To be victims of their own enslaved minds of the system. And it is where you realize yourself spending beyond what it would take to be happy, where you consume too much food and drink, just to belong to that environment.

These energetic waves unfold in anxiety, in the feeling that much is pending to be solved, that it is necessary again to take the front so that everything walks. That's what collective waves do to you, when you're not mastered yet.

Look beloved, that nature has lunar cycles, energetic cycles of alternating temperature, times of rains more intense and drought. But nature is one with these cycles, for they renew it, invigorate it, cause it to die to be reborn, but it remains in the balance of life in its wisdom, renewing itself, reborn, knowing that after the drought there will be rain, which After the cold the sun will come. Nature is patient with your cycles, for this is God, and so you should be, knowing the cycles of life, observers of the energetic waves of reality that are inserted, of those who no longer allow themselves to be led as before, because they know each other.

But they unconsciously let themselves be carried away by the thought form of the great mass that is there, active and present in their lives, precisely because they are still part of their experiences as embodied on this planet, and also part of that system, which is the planetary energy mesh. The mesh moves in waves, but this is because you do not watch yourself, you do not observe yourself, you walk in that mass, you end up being driven by the waves.

This, noble brethren, is reflected in your feelings, your emotions, when you allow yourself to be led by the events that permeate all of humanity.

Then, begin to repair the cycles of agitation, of interiorization, of revolt, the cycles that surround everyone around you. You become the watchers. And feel how your bodies respond, when they say that that vibration already distorts your state of peace, is the time of recollection and meditation, to seek again.

You manifest the behaviors that are activated by this way of collective thinking in various ways, as I exemplified above, but all of them draw you out of your center of peace and balance, creating illusions precisely in your points of overcoming, some in relation to the excesses of Food, other diseases, other addictions, such as self-judgment, excessive spending, and all kinds of feelings that are rooted in your records and that up to that point would have been overcome, but that in those times are exposed so that you end up Giving in, and distancing itself from its essence again.

You, in these periods, can choose to meditate, remain silent within yourself, and be the agents that will bring the balance to this momentary lack of control of the collective. When you become peace, you become the point of reference, those who dislike the wave, the mast of support, so that others will stick to your image and realize how they are fixed before the waves.

For, my brothers, when we do not have a point of reference, we do not perceive the displacement. But those who are strong, sufficiently anchored like a mast, are precisely those that become the point of balance, to show everyone that the wave is taking them. And for that, it is enough that you stand erect in your own energetic position, that others will take you as the point of reference, to hold onto your vibration as well.

You remain centered on your own truths as you begin to look within yourself, and then you realize that you do not resonate with the impulses that others are taking and that, from that perspective, you become only observers of the external imbalance, but It does not affect you because you are attentive and connected with your own truths.

Attend these children in these commemorative times to maintain their own balance, remaining centered on their own truths, and then they will see how, at the end of that phase, they will be stronger and wiser, to overcome another great challenge that plagues humanity, Which is the connection with collective thought forms.

Be grounded in that inner peace.

Source: http://peaceandtransformation.blogspot.com.br/
Posted by Michele Martini at 6:55 AM