The human ego and the conditioning of the mind - Ramatis 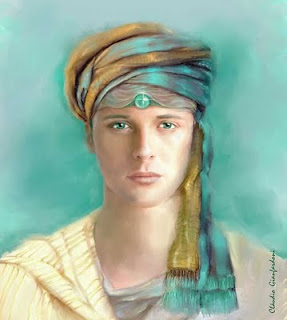 We have come to tell you that there are no longer ways to reach them in your state of incarnated spirits of light, other than by the awakening of the ego through the conditioning of the mind.

I bring an example here, so that we can begin this conversation, so that you realize how your minds are conditioned:

Realize that some time ago, children were born with closed eyes, and today this does not occur anymore. Faced with this, as the years passed, many mothers began to worry about the birth of the first children with their eyes open. Faced with this, from the view of the unknown, these mothers, with their minds conditioned to a pattern, feared that children would be blind when they looked at the light at such a young age, which made them put in dark rooms or Your eyes for a period. Today you remember this fact as a total absurdity, but then notice in the next example how you still have the minds conditioned on other subjects:

One of the ways to absorb energy so that you can live within the "Living of Light" philosophy is to look directly at the Sun. Many of you still can not believe or accept that this would be possible, precisely because looking straight into the Sun, could blind, it was engraved in their conditioned minds.

Well, let us now try to understand, in the face of these examples, what prevents them from breaking paradigms, overcoming the conditioning of the mind, freeing itself from this conditioning, which causes blockage that does not allow them to understand new ideas, new ways of thinking and of living. What fuels the conditioning in you is a powerful fuel, but that you have total control over it, is precisely the human ego.

By remaining clinging to their truths, not allowing the arrival of new information, whether reading, learning from experience, or seeing the example of the master's life, yet something prevents them from believing that it is really possible to follow such a path.

Why do they look and admire Brother Francis of Assisi, and can not find themselves capable of stripping themselves of everything that matter offers them, and then throw themselves into the arms of the Divine and be free?

Admire your masters, but can not get rid of the mental conditioning, which have been programmed, which repeats to you all the time, saying that they are not able to tread the path of their own freedom?

Why do you look at examples of men who have freed themselves from planetary control, who have aided and exemplified thousands, and yet are not able to follow the same path?

All the examples have been shown, all the masters have walked the same paths of yourselves, diverging from each other, but all, without exception, have traced exactly the same initial path as at least one of you. There is always a disciple and a teacher, there is always a master ready to be the example to a disciple. And you, children, do not even open up to make it possible for you to be a disciple.

For they do not allow the Higher Self to make room in their lives, overcoming the mental conditioning that prevents you from following the path of the master. The ego is the only motive that still holds them back to mental conditioning.

You are called, you are provoked, you are tested, all the time, to get rid of this conditioning. But by being tested, the Lower Self takes care of you again, holding you back in conditioning, awakening the ego in you, often already dormant, but to which you have given the possibility to strengthen and receive the food of the Lower Self for To manifest.

That's the point that needs to be overcome.

Mind conditioning is the most efficient form used for teaching dogs, as the channeling daughter here recalled. By the method of conditioning, which is nothing more than repetitions, the dog learns a trick. And so you end up learning unconsciously so many patterns that you repeat in your own life.

You stay with a person and cling to it, you have a certain kind of reaction to a situation, which is rewarded because you feel good about reacting in that way, and then you stay within that mental conditioning, Fueled by the ego, for so it was built.

Let's take as an example the reactions of the body to various types of food that do not bring health benefits, such as a person who wants to lose weight but who consumes many sweets.

This candy, when consumed, causes a reaction in the person's brain, which is understood as a form of reward because it is a pleasant sensation. In this way the person repeatedly follows the same sensations, without realizing the conditioning to which he is being involved, and at last ends up seeing himself completely controlled by the sweet, which becomes a form of addiction, and then the absence of this food becomes a cause Sadness, depression and anguish.

This is how mental conditioning is given, which is nourished by the ego. For he who wants to be rewarded with good feeling, who wants to feel pleasure as reward, is just the ego, not the Higher Self.

In all situations where mental conditioning is done, it is recorded in the Self only by the awakening of the ego.

Therefore, by remaining attentive to this reality in your world, you can gradually conquer your freedom. Realize that it is not necessary to deprive yourself of everything that life offers you, but only that the lack of it does not cause you unbalance and does not become stronger than yourselves, to the point of controlling them.

So many people are subjected to suffering lives, unhappy, in a work environment, or even a relationship, where there are forms of exploration and mental conditioning from the mildest to the most extreme, where there is even the use of violence Physical, as well as violence that you do not see, but that exists, which is the deprivation of being yourself, of being free, cultivating fear.

Mind conditioning is the form used by various companies to keep their employees trapped in a form of illusion, where they are repeatedly rewarded in order to awaken the ego, to remain in that environment, donating their time and health to something where There is no purpose, but there is only the reward. So many companies use with their employees, who panic at the possibility of being fired and sometimes agree to be placed in situations of humiliation and often leaving aside their own personal life, family, dreams and happiness, to the detriment of Reward, since they were so programmed.

That way also some companies use social media, television and all forms of communication. Perceive the media in depth, and note how some are built, where the control, the conditioning they are proposing, so that fish can be hunted by the ego.

This is how many of you, children, remain embedded in this matrix of control, and slow to break free. But what they need to understand, in the first place, is just how the system works, and then instead of looking at the system and struggling, revolting for change to take place, just look within themselves. Observe why they still allow this conditioning to remain active in you.

Because they still allow the ego to speak louder than the call of their Higher Self, allowing that ego to be nurtured by all forms of mental conditioning, and opening up the manifestation of the Lower Self which ultimately turns everything into their lives harder.

All the fuss that is taking place in the system they live in, the high rates of unemployment, the discontent of people with their lives, everything they see as chaos, is really the beginning of your liberation. When you no longer accept to be conditioned to anything, when you wake up and are no longer controlled, then open yourself to the connection with the I Am, which will show the new road to tread.

It happens that this moment of disconnection with old forms of conditioning is painful and manifests as difficulties in your lives, such as periods of unemployment, of depression, where you feel lost and without knowing where to go, where to start, or what do.

This phase is the most difficult, but it is a watershed. For to destroy definitively the repeated patterns, the old conditioning, there is the need to die and be reborn. You die to be born again, for the conditioning rooted in the mind, when withdrawn, causes a feeling of near death, can manifest as total despair and uncontrol, a great fear of life itself. In this period, one must seek to the utmost the connection with the I Am, the energetic alignments, the silencing of the mind. In this way they will be able to receive the coordinates for the construction of their new lives, of this new world that we are building.

This is the harvest time, but not the harvest of those who have been conditioned and are being controlled by the ego, but the harvest of the sea of ​​light, of each point of light that you are to become. For with each conditioned destruction, you shine even more than in the midst of suffering. But know that this is a transitional stage, and that it is necessary for total liberation to come.

So that you do not lose yourself in your own illusions, in your own depressions, follow the connection with the I Am, follow the heart. You will see a new world open up, part of a great planetary network formed of flashes of light, shining forth manifesting purity, cleansed of illusion, cleansed from that layer that shrouded its own truths. Follow with faith and trust the connection with the I AM, peacefully, seeking only to no longer listen to the provocations of the ego before the situations of conditioning of the mind, do the part that belongs to each of you, so that they contribute perfectly To manifest the New Age.

Source: www.pazetransformacao.com.br
Posted by Michele Martini at 4:38 AM