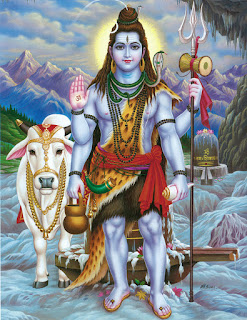 Expensive, the personalities, the ego, the attachment to the Being, is that they bring the repetition of the patterns in their lives.

Each pattern can be observed as a block, moving multidimensionally, to manifest at various times of its existences. They repeat patterns that motivate them to have the reactions against the flow of life, which in its nature would lead to the liberation of the soul.

You are now observing the impulses of anger, or even perceiving the repetition of patterns of ancient experiences. They question the reason for such repetitions, since they do not perceive themselves reacting as before. Even so, the experience continues to repeat itself.

But what they do not perceive, and which is masked by the ego, is the real awakened sensation, which has not been put out to materialize a reaction, but which has been kept causing a nuisance within it, and often causes That you create justifications that you should put those feelings out, through uncontrolled ego drives and imbalance.
This energy that was contained within you, and which was generated only by the ego-driven emotional reaction, is there to be worked through and cleansed. Destroyed.

I come with the energy of strength, the destruction of the repeated patterns that prevent them from evolving, and the way in which they are going to work.

The energy of Shiva will be worked out in these situations. This energy, when projected at the moment of the containment of the reaction within you, comes to break those patterns so that they will no longer recur in your lives. They are old lessons, which repeated from time to time, need to be expurgated, not smothered by the ego-personality, but destroyed within them, so that they no longer repeat themselves, and thus bring openness to liberation.

After working the incorporation of the energy of Krishna through the code ITSSARATIÊ, repeatedly and daily. You are bringing Christ energy into your interior. This will enable the anchoring of the energy needed to initiate this new stage of pattern destruction through Shiva's anchored energy.

Shiva comes to complement the work of self-transformation, which each one decides, of his own free will, to apply to himself. Without even resorting to external works, but which in the first place brings total surrender to the energy of Christ (Krishna), which enables union to occur with the energy of surrender and opens the possibility of receiving the treatment of transformation.

Shiva comes through the energy that was opened through the anchoring of the ITSSARATIE to begin the process of destroying what still does not allow you to go even further into the energy of Krishna. Those points that still exist to be treated, and which have become obstacles in evolution and surrender to the Whole.

From this, form, it begins the process of observing for the own reactions. The internalization of reactions, for the Krsna energy already brings the loving awareness that will prevent you from putting out into ego impulses and imbalance. And with that, through the anchoring of Krishna, you begin to contain those energies of ego imbalance within you. And this enables the entrance of this new stage of the energy of Shiva, which comes to break the repeated patterns that have been contained in you, and which have not been put out in impulses of imbalance.

Love, unity with all life forms and freedom from judgment, brings the possibility of holding that emotion within you. For there is an inner conflict which on the one hand says that you are right and therefore must allow this energy to be exposed in order to create uncontrolled and unbalanced reactions to others, and on the other hand there is the anchored energy of Krishna that brings the moment To internalize the emotion, and seek the cause of this impulse within yourself, remembering that the love for life as a whole does not tune into the energy of uncontrol.

This act of holding the emotion and holding it within yourself opens the possibility of working on the destruction of these patterns, so that they are no longer repeated.

It is where you call by the energy of Shiva, and apply it in the solar plexus, mentalising the breaking / destruction of the energy that was contained there. And so they give themselves completely to Krishna, removing that obstacle that prevented them from proceeding with the anchoring of true universal love.

It is in this way that the cleaning, breaking and destruction of these patterns work, from the moment the emotional trigger was identified, and the emotion was contained. From that point on, it is necessary for the pattern to be observed, to be released and given to Shiva, which will anchor in you a strong energy that can bring about sensations of physical discomfort but which, when worked together with the energy of Krishna, Will subtilizing the sensations and allowing the destruction of the patterns to occur.

During the process, the cause of this negative energy buildup within you is not eliminated, this cause is something that must be investigated and accompanied by self-observation, continuing the anchoring of the energy of universal love, which will show yourself, Gradually, the causes, which are discovered and modified by the self-transformation you have set out to seek. In this way, they will not allow the pattern that repeats to be the one that destroys them, but that is what demystifies the cause of the deepest pains of the soul.

In the unthinking manifestation is a defense against himself, which insists on preserving this protection to the detriment of his own happiness.

You manifest the emotional reactions because you hide fear, that you are known in what you would not even want to meet. The ego masks the truth of Being, which surrounds them in ego-created protections, to materialize into personalities, which are only illusions, masks.

So children, the ego masks the deep pain of the soul, through the attacking or submerging reaction. It's like the thug who tries to take advantage of a situation, but at the bottom hides a fear that his fears of loneliness and contempt will be known. Like the charitable one who suffocates his own essence, when he places himself in the servile position of redemption, but is camouflaging the will to surrender himself in truth to the world. That is what torments the soul.

In the matter we must pretend to be strong, so that the soul may hide from the views that investigate it at all times, hide within the illusion of strength as a protection to face the breaking of the standards, which will only be exposed and clarified, The moment the ego is diluted. In this case, the soul closes in on itself, so that the ego manifests itself in all its personality, to hide the real intention of the reaction.

Many defend the honor, the goods, the status, the name, or even defend a position of humility and resignation, which is only a position being defended. Regardless of the value you give to adjectives, but regardless of whether you judge as positive or negative adjectives, all are adjectives, and mask your own truths, creating in you the illusion that you have built a personality. That personality of the kind, caring person of the person detached from preoccupations and material attachments, or even from that independent, happy person. All this image, this personality was a creation of yourselves and is used as protection against your greatest fears. All these masks and personalities, worthless before God, are only illusory protections, and therefore unreal to God. So you forget the greatest value of all: The heart, which you haunt with your own imperfections, and that is trapped inside, hidden by the personality and prevented from manifesting in its truth.

How many are those who, in the insignia of forcing themselves to be what they are not, attack before their own conscience, to have to demystify everything that they keep within themselves.

You were like this, and you still act that way, but your chest burns to understand why you have repeated what you no longer thought belonged to you. The reaction does not exist, but the restriction does. Although the personality has overshadowed it, the pattern remains outside the eyes of the one who is cured of the pain in its manifestations. Another mask to obfuscate the feelings, but that will derive another pain, to manifest in an opportune moment of dilution of the ego.

I know that much of what they feel is because they still hide to have a free and open heart, demystified of everything that holds them. But for this they must understand themselves in all their darkness. So that the pains are not masked, but rather worked so that the heart is released from this prison, allowing the integration to the Unity.

The free heart is integral, unique, devoid of personality. He no longer feeds the pain of the soul, because he stripped himself of the personality of the good guy or the bad guy. The pain is not camouflaged in the personality, but freed through the heart that has united to the greater truth: the Unity. This is the way of true liberation, the free integration of the bonds that sustains the ego and camouflages healing, hidden behind the imprisoned pains of the soul.

This is the point to be worked, the integration of the apprentice into the Unity that deprives itself of its attachments and integrates itself into the Unity, devoid of the obscurity reserved for future manifestation. The free heart is transparent, it shows itself and integrates, it is no longer afraid of being seen, for it is crystalline and true in its grandeur.

Shiva's energy frees him from these patterns of repetition, destroying them in their lives, allowing them to integrate, demystified from the feelings set aside to free the heart from the pain and suffering that imprisons them, and to manifest the true essence they hold within Yes. The energy of Shiva expands and integrates, to shine the heart to the greater truth, free of all obscurity that can fulfill social roles in the matter. With Shiva there is freedom and truth in the integrity of Unity.

Source: http://peaceandtransformation.blogspot.com.br/
Posted by Michele Martini at 4:45 AM