There's something about who you are – Higher Self 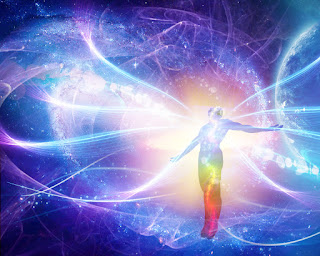 There is something in your life that says a lot about who you are, about what you crave, about what you expect from life. And this is how they interact with everyone in their day to day and on the affection that proliferates in everything they accomplish, because the Love that "comes out of their eyes", in a state of equilibrium, is undeniable.

They are in the simplest interactions that can show the simplicity of life, which can be an example of Love or bitterness. What dialogue do they hold with a stranger who randomly crosses their day? Is it something that "builds" or "opens up to the chaos" of the world in seeking an interaction?

It is often best to be still, to help proliferate energies held by fear, competition, and all that represents chaos in the outside world.

What they need to be aware of is that they are the co-creators of their reality and, in these acts, they are creating their world. It is your thoughts, your speeches that attract the reality that you experience. And why not the silence, the patience, if the conversation "does not build it"?

It is you beloved ones who sustain chaos by "opening gaps" so that it manifests in your world, "gaps" that are opened by your own daily manifestations of attitudes, speech, and thoughts.

Because you "open" your way to these energies of chaos, you place yourself in the collective mass consciousness, and yet, for a moment, you energize that consciousness that holds you captive.

Yes, my children must be prayed for, but do not forget that before prayer you have to be in the pure state of intentions, so ceaseless vigilance is so necessary. Prayer is useless if it is not done by a watchful heart in its intentions and strong in its trials.

Be vigilant, yes, at every instant, about which layer of consciousness they are accessing, whether they are "opening" space in their consciousness to violence, to political chaos, to everything that oppresses them in the world, or if they are seeing themselves under a Eternal perspective that trusts, loves and fears nothing. It is you who decide at every moment.

And remember, my dear ones, that silence "does not open doors," but, on the contrary, allows you to radiate situations pointed to as mismatches through the Light. Pray and watch your life, so that situations that displease them are not attracted to Yes.

From your Higher Self.

Source: http://coracaoavatar.blog.br/
Posted by Michele Martini at 2:51 AM