The Light permeates all the recesses of the planet - Saul 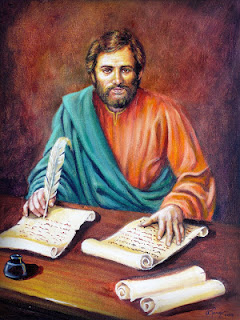 The Light permeates all the recesses of the planet.

Every human being, conscious or not, is challenged by the forces of Light.

There are those who let go and follow the flow of this "river of divine energies that bathe their bodies," but there are also those who "swim against the tide and try to cling tightly to the crumbling sand castles." Whatever their reaction, the Light is there, "washing" their beliefs or highlighting them even more, making them more present in their lives, to reveal themselves as they are: mere beliefs.

The Light, Beloved Ones, does not fight the darkness, on the contrary, it emphasizes it! Let those who refuse to follow their flow of Love continue to "swim with all force against their current," to complete exhaustion. It is made of Love, which allows and trusts that everything turns out the way it is.

The Light does not impose itself and does not trace paths, but allows that which limits it and that does not allow its flow, if agigante, so that it dissolves in its own pride, vanity and arrogance.

Everything dissolves into the "wind" of the Light, the irresistible Love that is the basis of Creation. This is how the Light acts: it allows that which restricts it to strengthen and, from there, to show itself as it is. A "castle" of vested interests and devoid of interest for all those who suffer because of their lack. But she is still there, waiting for everyone, not segregating by appearances, by past, by what she represents.

The Light is Love and trust that will lead everyone to the lap of God. She does not select; Lies there waiting for the resilient hearts to awaken to their Love and let themselves be carried away by their flow of trust.

The Light is Divine and knows that the Divinity manifests itself in purity, which then comes to the exhaustion of the struggle against itself.

There is no need to impose anything, to prove the strength of the Light, because it is irresistible and, sooner or later, will lead all the hearts exhausted to your lap, as a cherish after the hard struggle of purification of life.

He who is an example of Love to the world, carried the cross of having Light in density. His greatest cross was not the one he carried on the day of his departure, but the Christ Light of Love.

This was his great cross, which he carried with love touching hearts, without distinction, without judgments, healing all without asking what brought them to this condition. The Master knew the power of the Light and "planted" the seeds of this Light two thousand years ago, so that it would become this "wind," this "tsunami" that "bathes" them today.

This Light has grown. It began by "knocking down" the towers of the sand castles: its ceiling, its walls and, today, it cleans its foundations. And as for those who "cling" to what remains of these castles, receive them with "open arms" as they come toward you, to show you how beautiful it is to be in the Light. Bring them without looking at what they were or what they did And accept the time, which it took, that your strong hearts might be dissolved in Love.

There is a "tsunami" of Light in your world, allowing the last foundations to be strengthened to dissolve into their own robot. And after that, transform into what will be the basis of the new world, the basis of peace "planted" by Christ.

Be in peace, My Brothers, in the "tsunami chain" of Love.

Source: http://coracaoavatar.blog.br/
Posted by Michele Martini at 2:52 AM