The meaning of the Great White Brotherhood - Master Kuthumi 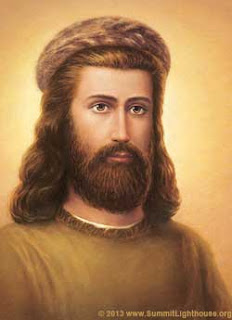 We came to bring you brief words about the meaning of the Great White Brotherhood.

The Brotherhood is, above all, a unification of brothers in a common purpose, a Unity of Light, a Brotherhood of communion in Unconditional Love to all.

Humanity learned to observe the Fraternity from a set of positions, hierarchies, beings that, from a human point of view, would be some more important than others because of the position they occupy. But it is not so, My Nobles!

The Fraternity is, above all, a fraternal communion of unified beings to the God-Father-Mother Light Source. Its meaning is the Brotherhood at the Service of Light, for the diffusion of Love, Communion, Compassion and Affection and reciprocal understanding.

Every being who is linked to the Great White Brotherhood first learned the Brotherhood's sense of friendship, respect for differences, Second, that they are beings in Unity at the Source God-Father-Mother, who work in communion with the Force, Wisdom and Love dispensed by the Cosmic Energy of Creation.

The presentation of the Fraternity, according to a cluster of positions, was a way that we had at the time to transmit to them the work that is done there: the function of lightning and dispensing houses. It was also a way of humanizing the Fraternity for its initial presentation, so that they could understand its structure of functioning.

At first, they had contact with this cold and hierarchical structure. Not that it was wrong, but it was the best that could be done in the face of the energy density that existed at the time.

The Fraternity is much more than a set of offices and functions distributed between the Masters and the dispensing houses. It is a communion of Brothers, united by the purest Love of the Source, and by the purpose of radiating the Light from Source to Humanity.

All those who make up the Great Fraternity have understood the meaning of Love, of Brotherhood, and then, in a state of communion and absolute surrender, allow each Brother to radiate the authenticity of his Heart to the best development of the common purpose. There is no hierarchy, there are no leaders, there is only one permission that makes the whole work in the perfection of the irradiation of the Divine Source.

The offices we convey to you are natural. There is no manual, no regiment, no competition for who will take the job, for the one who is most capable. All are in a state of humility that simply places them at the Service of Light and their own Heart.

Without this understanding, you will never understand a Fraternity of Masters, fraternal Brothers who connect to the wisdom of Source and thus are able to exercise the best to the Whole.

My Brothers, each one of you will only reach the Brotherhood as you open your heart to Peace, Love, Faith, Devotion and Wisdom of the Source. By entering into a state of trust, we will be able to see the truth from your heart and then you will become a member, a friend, a brother of our Fraternity.

The door to us is in your Heart, in your permission to unify the Source, in the understanding of differences, in friendship for all, when people cease to bother you by their attitude. Then you will be a member of the Great White Brotherhood, for you will be on your way to the reunion of the Love of the Source.

I bless you, My Brothers, because I am Kuthumi, a Brother who, with great honor, comes to explain to you the meaning of the Great White Brotherhood.

May they be under the blessings of God the Father-Mother.