Your bodies will tell you. Feel it! – Master Serapis Bey and Elohim Purity 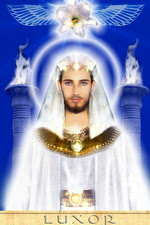 Teachers on the rise!

Today we return to bring you one more quality of the flame of ascension. We will say that it is an energy that is designed to elevate their bodies to more subtle and elevated vibrational levels.

We have told you before that it is a guiding energy that leads you to make contact with the gifts that you keep in your hearts. We ask you to internalize to get in touch with this orientation energy. We also said that in this way they would be progressively approaching the unity of intentions, blazing the sacred flame they keep in their beings and radiating those who put themselves in their vibrational field.

However, today we see them presenting another characteristic of this divine flame, that of being an energy that will aid in elevating their bodies to more subtle and elevated vibrations.

The flame of ascension is directing you to seek your spiritual consciousness. As you access your inner self, your sacred hearts will be opening to new and higher realities. It will be opening them to new ways of being, leading them to abandon the ways in which they acted contrary to their beings and put them in resistance. These old behaviors will become so obvious, so heavy to bear, that the only way will be to change. In this process they will be rising in vibrational terms.

Their bodies will demand changes in habits. Those old ways that lower their vibrational levels will become more and more evident, causing them to abandon them and replace them with higher ways of being. In this field, the guiding quality of the flame of ascension becomes prevalent again because, as you move in and hear your sacred hearts, the easier it will be to transition from your old habits to the new way of being.

How they will do this process of lifting bodies depends exclusively on how flexible they are to accept changes in habits. They can feel them and accept them, allowing them to modify their old behaviors, or they can fight against change, moving away from all available help and holding on to resistance. The process will be rough or smooth according to how you accept the inner transformation you are going through.

By accepting the changes, substituting those less healthy habits for others in greater resonance with their beings that rise again in these moments of transition, they will be choosing a path in communion and gentleness. You will be listening to your sacred hearts giving prevalence to your inner voice, regaining your sovereignty and thus expanding all that you are.

In this sense, the sacred flame of ascension will eventually bring them to the balance of their bodies. As you return to a daily balance of attitudes, behaviors, feelings, and expressions, you will be giving a new opportunity for the flame of ascension to act by unifying your energetic points to the heart chakra. Thus, the sacred heart returns in all its fullness to guide them, putting them in unity of intentions to the universal pulsar and all that is.

Then the sacred flame of ascension, besides guiding them, will be leading you on the path of spiritual balance in the midst of the physical body. With spiritual consciousness resurfacing in a process of resurrection of the completeness of their sacred hearts, they will become more balanced, loving, benevolent beings capable of radiating the gifts of the heart to all beings on this planet. You will be resuming your spiritual consciousness.

The flame of ascension then guides them and, as already said, for this process to be smoother, they need to internalize so that they can listen to their spiritual self. Thus, it will lead them to replace old habits that were, nothing more, no less, reflections of the imbalance of their beings, by new and high habits that will reflect their new form of recognizing. On that path they will be progressively leading their bodies to higher vibrational levels.

So allow yourself to change. Place yourself in loving discipline as to recognize what brings you well being, distinguishing it from what leads you to lesser forms of thought and being. Whenever you opt for an old, lower habit, you will immediately feel the lowering of your vibrational level. This will reflect in feeling a greater weight and body density that will bring you back to lower, unbalanced behaviors and thoughts.

But see, my beloved ones, the wonderful instrument you have, - the feeling. Feeling will show you those habits you need to modify to raise your bodies again to divine perfection and unity of hearts. Let them be aware of this feeling now, and whenever they feel their bodies heavy, heavy, that an ill being take them, it will be a great sign for them to internalize, to seek within themselves that behavior or thought that led them there. It is a path they must tread so that they can, even in this physical life, put themselves back into unity, opening to the fullness that the creator offers them.

As you make this journey, an endless happiness, a feeling of fullness, an inner peace, an energy of merit and recognition will take them. It is a virtuous circle, in which more and more they are changing their habits in order to remain in this state of fullness and, thus, they will be raising their bodies.

The flame of ascension is another instrument that the father puts so that they can enjoy the well-being and happiness that he offers his children. I assure you! There is nothing in this world that can replace the happiness and well-being that the rebalancing of their bodies will provide them.

My request today is to observe, to feel in their bodies, those habits that elevate them and counterpose them to those that make them dense and heavy, which put them in negativity. Allow yourselves to be rebalanced so that they rise and feel the happiness that is to be in fullness of love and in communion with unity. 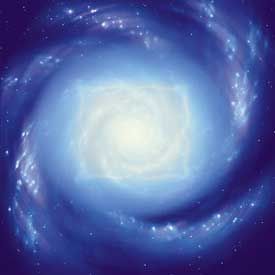 This process will cause them to regain the fullness of their hearts, to expand their consciousness, to reclaim all wisdom to place themselves in love for creation.

For a long time, they maintained habits that destroyed not only their bodies, but their planet. These habits led them to negativity and brought totally unnecessary densities to their hearts. However, they will progressively become a burden, an unbearable burden. The very world in which they live will become a resistance to their beings, so they will be modifying it. Then, fatally, they will be modifying these destructive behaviors, for they will not find the slightest resonance in their hearts. By modifying these lesser behaviors they will eventually change your world.

There is no separation. You are the whole and the whole are you. There is no "I transmute myself, modify myself," without the outside altering. Everything is one and everything is intertwined. This is the beauty of creation!

The flame of ascension will be raising their bodies, directing them to interiorization and self-love, to self-respect, to recognize themselves in all their sovereignty and thus to be doing with their world. You are Heavenly Father's instruments for Gaia's ascension.

There are no words to describe the beauty, the greatness of this process that Heavenly Father has planned and you execute it. It is something grandiose, beautiful, magnificent, splendorous, never seen before in this cosmos. Your bodies will be elevating, you will change your habits, you will be recognizing yourself in fullness, and thus you will be allowing the planetary elevation.

How I would like to show you this process beyond the limitation of those words! Our friend tries to demonstrate what he feels, but he is limited by his vocabulary (at that moment I was overwhelmed by a great love and I had the image of a new star being born, a wonderful ruby ​​light in the cosmos). It is something great, far beyond what they conceive in their present level of consciousness.

Therefore, give yourself to this process with all your heart, for you will receive something enormous in return: to be able to feel the love that we nourish for all of you and a new world that will encourage you to be full and happy, loving unconditionally.

I am Elohim Purity. I come at the request of Master Serapis Bey to bring them this process from our perspective. I carry in my heart the sacred flame of ascension and blaze its world in that moment, in benevolence to all that is.

I am the ascended master Serapis Bey and wish that soon we can put ourselves back into unity of hearts and intentions, because this is what our Father desires.

Source: http://coracaoavatar.blog.br/
Posted by Michele Martini at 9:02 AM