Their bodies are a wonderful instrument for interiorization - Master Hilarion 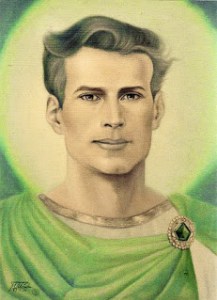 It is with great joy that I present myself to you today. A rebirth appears on the horizon, right there, within our field of vision. This is your rebirth and a whole planet. You have been prepared and are willing to be in that moment, where the magic expands and everyone can feel it.

But today I come to tell you about the feeling, about the sensations that their bodies bring to them in demonstration of the divine flow on the way to perfection. Their bodies are capable, on their own, of putting them on the way to the universal pulsation of the heart, as long as they feel it and thus become internalized.


For a long time, energy density did not allow them to clearly distinguish that information of well-being, confidence, inner peace, and pleasure that their bodies brought to them as they were following and listening to their spiritual consciousness. This made them accustomed to no longer perceive also the aggression that many behaviors brought to their bodies, which was nothing more than an aggression against themselves, an act of unloving. The thoughts, behaviors, and feelings they sustained were continually attacking their bodies, leading them to premature aging and the development of dysfunctions that led to the loss of physical health.

There was, however, a subtle sense of heaviness, of density, whenever they held such feelings, thoughts or behaviors at odds with what their essence, their spiritual consciousness said. Whenever they followed that egoic desire, that wanting without a high motive to sustain it, those behaviors or feelings based on human pain, their body was there to warn them. It brought them a feeling of heaviness, of malaise, of exhaustion, of exhaustion which, in the end, was a warning of their spiritual awareness that something was disrespecting them, that they were acting against themselves.

For a long time, the pains they carried inside them led them to practice acts of disaffection against themselves and their brothers. These behaviors ultimately took them out of their balance centers, causing them to attack their own physical bodies, creating that subtle feeling of weight, of malaise, of stress that with repeated practice ended up leading to them Physical imbalance and the development of bodily diseases.

In recent years their bodies are rising in vibrational terms. For this reason they began to feel a latent request, now no longer subtle, of changes in habits and behavior. With the vibrational elevation of their bodies, that subtle sensation of the past, will become evident. Your bodies will no longer accept many of the acts and thoughts that were part of your daily life. They will scream for a change of habit. In fact they always shouted, but the change of vibrational range between the level that they were and what they came to sustain with acts of lack of love was subtle. Now this wave difference gets bigger and they clearly feel the change in the energy level of their bodies, longing to stay at higher levels of well-being and health. This is a great sign to change your habits and behaviors. In fact it can not even be termed a sign, it will often be an order because some old habits will become unbearable to be kept.

For this reason, they are feeling this latent desire for change. Much of what they thought would bring them pleasure and even not be able to give up, today even more conceive of practicing. They have replaced many of the old habits with a higher form of being and so must continue to do so. Their physical bodies were and will be important instruments of indication in this process of elevation.

This is because their consciousness radiate energetic substance that affects their physical bodies. You can thus both support them when they are in the balance of their bodies and wanting within, as they can "pollute" them with thoughts and behaviors in disarray. However, all your behaviors, thoughts and feelings will be reflecting on your physical bodies.

When they internalize, however, they will be creating a virtuous circle where they will be recognizing themselves, listening to the inner will, that desire that will lead them to satisfaction and well being, putting them in energetic balance. Your physical body will be following this process, bringing you satisfaction and well-being or otherwise demonstrating to you when you stray from the path of the heart.

By opting for habits and thoughts of unloving, you will immediately be experiencing feelings of weight, pain, malaise, physical and emotional tiredness. But know, dear ones, that whenever you return to lesser habits or make decisions in disrespect to your beings, this will be a good time for inner reflection. This is because in every manifestation of imbalance they will be finding human pain, some lesson they have not yet overcome. Their bodies will be indicating this moment of reflection, but only seeking an answer inwardly will be, day by day, aligning and rising, recognizing and overcoming these pains that bring about because of the environment of restriction that have been placed.

Feeling is then an instrument of interiorization, an indication, a sign that they seek their inner self, their soul-will, to love and respect each other like the beautiful beings they are. Listen to it and seek your sacred heart, for there will be the answers to raise you to the flow of unity.

The answer will always be in the access to his interior, but the heavenly father, by allowing him to enter into this restrictive environment, granted them instruments to meet because he is wise and loves them unconditionally. Use this instrument that the Father has given you, the physical body, to meet and expand in the environment they live. This will sustain your balance and your body health, in a circle of well-being.

I am Hilarion and I keep in my heart the ray of healing and well-being of their bodies. That is why I became deeply acquainted with this wonderful tool that the Father gave you and today I ask you to heed the message your bodies give you. It is an important tool for them to return to their loving balance.

I give myself away with great love.

Source: http://coracaoavatar.blog.br/
Posted by Michele Martini at 11:13 AM