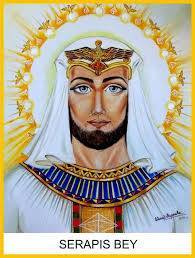 We are now returning to bring you a new cycle of sacred teachings to help you on the path of ascension. Our partner already knows what he is doing. We ask that, just as he did, look at the previous letters in a larger context and not as isolated messages. All fit into a context of elements and studies on the process of personal and global ascension. It is a great honor to our fraternal brotherhood to bring to your aid this cycle of sacred teachings.

But today we have seen you speak of another quality of the flame of ascension, which will assist you in the process of transmuting your heart center into an ascended heart, integrating all the energy centers of your bodies, the so-called chakras, into the universal pulsar.

The flame of ascension has the primary function of guiding them and thereby assisting them in changing habits and behaviors so that their bodies rise in vibrational terms. The flame is directing you to balance. They will be becoming more balanced, cohesive in their decisions. You will be increasingly approaching your sacred hearts and your spiritual consciousness. The flame directs them to draw closer to their hearts, to make contact with their inner self and with the "Divine I Am in my heart" presence. You then rise and begin to opt for higher habits and behaviors. Their bodies are calling for this vibrational change in their decisions. As this process progresses their bodies are balancing. All manifestations of imbalance progressively cease and will be more and more centered in their sacred hearts.

In this process of rebalancing their beings the flame of ascension will also realign and rebalance the energy centers of their bodies. The chakras will be uniting energetically and integrating into the sacred hearts that will become full and complete. All your bodies will meet in single flow, in a single pulsar, in the flow and pulse of the unity of intentions next to creation. It is a magnificent process in which the flame of ascension is to aid them. But beloved, listen to this expression: help.

The work of the flame depends on surrendering to the heart, seeking interiorization, getting in touch with the sacred energies of their hearts, feeling the asking of their bodies, following their intuitions and distinguishing them from the will of the mind, And doubt in their lives. It depends on releasing themselves and giving themselves in trust to the Father and to all that is.

The heavenly Father has brought them a wonderful instrument for ascension, the sacred flame, which is a guide, which is guiding them. But they need to allow, surrendering themselves in an energetic level to their hearts, releasing their action to elevate their bodies. So, progressively, you will be allowing it to work with your energy centers, unifying them in balance to your heart.

As their sacred hearts are unified to the other energetic centers of their bodies, the sacred flame that they keep in their hearts will be blazing with greater intensity, increasing their field of irradiation. You will progressively feel it with greater ardor and you will be radiating your sacred gifts to all who put themselves in their field of vibration.

It is the flame of the ascension of an energy that recognizes its light. She acts with her permission as they give themselves to the heart. This flame manifests in their bodies because it recognizes the loving balance of their being. It only acts with your permission because our Father is wise and benevolent. Our Father wants his children to be balanced in the universal pulsation, unified in their hearts. He grants them the instruments and all the help to aid them, but will never pass through their free will. Therefore, you must release and allow the available help to reach you. Our Father respects them in all his divinity because he loves them deeply!

By uniting their sacred hearts to the other energetic centers of their bodies they will be ascending to a consciousness and a more loving way of being. All your energy will be integrated into a single pulsar, that of unity of intentions in communion with creation. Thus you will be manifesting love, trust, wisdom and an indescribable radiant light. They will be in the fullness of their beings, where the Father wants them to see. They will be in unity to all that is, carrying an ascended heart.

For this, my beloved children, need to put themselves in loving discipline listening to their hearts, internalizing, feeling the message that their bodies bring them, seeking balance and well-being in the physical plane, thus releasing all the bonds of their Beings, putting themselves in trust.

But beloved, the way is released by you! They have all the help of heavenly beings, everything, absolutely everything is available for them to tread the path of the heart and the grandeur of their beings. Just give in to flow, in discipline. This is what will lead you to the path of happiness and well-being so that you will access all the wealth and abundance that the Father makes available to his children, so that they liberate their world and return the fullness of their beings to the unity of intentions.

Today, we are asking you to release your fears, your anguish, and your feelings, replacing them with higher forms of being, surrendering to the heart. See yourself in the universal flow and trust in the loving providence of the Father who loves you and will never abandon your children. Trust the creation! Know that you are loved and respected, so give up controlling everything and everyone. Use the energy of acceptance. Accepting will be moving the powerful energy of universal flow. Love yourselves, for you are loved. Trust me, then all the help is available. Follow their hearts, for they are wise and will know how to feel their bodies that will guide them.

In so doing they will be anchoring the light necessary for the flame of the ascension to radiate them, allowing them to act in their bodies, unifying them to the sacred hearts to return to fullness and unity of intentions. This is our request today. Let go of control, accept the situations that are present, trust in providence, feel the inner will and surrender to it with all your heart, for you will be rising, anchoring light to the liberation of your world.

I am the ascended master Serapis Bey and my wholehearted desire to manifest the balance of his soul in the midst of the physical plane; That unite their hearts to ours, because we are brothers and, thus, they build a world of love and benevolence; To free the way so that if we give ourselves in trust, we can help them.

With all my love.

Source: http://coracaoavatar.blog.br/
Posted by Michele Martini at 9:32 AM