God I AM in my heart - Lady Master Nada 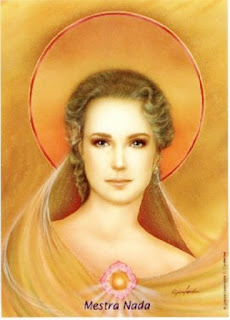 Today I come to bring a message of love and kindness to their beings, so that they can see themselves as they really are and thus give themselves the due treatment, because they keep in their chest the sacred flame of GOD I AM IN MY HEART. In their beings they carry all the divinity of the creative father, which He has granted in love and benevolence, to carry with them where they are.

The sacred flame of God is in their hearts, making them magnificent creators, as much as the Father is. They are neither more nor less; It is the creators themselves manifesting themselves in the midst of materiality. They are Gods acting in an environment of consciential restraint, but that does not make them smaller than the heavenly father as they bring Him into their hearts, in perfection to all that is.


When we ask you to enter into your hearts, we are asking you to recognize the divinity in you, to recognize your Father in you, to be devoted to yourself and to Him. Yes, because they are divine beings and carry within themselves the energy of creation, which the Father entrusted to them, because of the deep love that nourishes for their sovereign beings.

The heavenly Father, in all his benevolence, not only offered his children an unlimited universe of happiness and abundance, but transferred to them all freedom, mastery, wisdom, and powers. He did it because it nourishes in his deep heart respect and love for what they represent. And this is how you should see, my children, as the divinity itself, but in a physical body that momentarily restrains you.

Children, beloved, universal benevolence walks on and on with you and so can radiate it wherever you are. Just access the sacred heart and radiate the presence of God I AM IN MY HEART. Divinity is and is in you, manifesting with every thought, every decision, every attitude, every breath. Yes, because while Gods who hold the flame of the heavenly Father in their hearts, they have the free will to radiate all that they hold within themselves. God granted them full freedom to use this magic as they wished.

And thus, in loving-kindness to creation and nurturing deep respect for our Heavenly Father, they have chosen in love to restrain their own consciousness and to assist Him in the divine plan of elevating a marvelous planet. They entered a planet that asked for help from the Father and the whole creation and, as true warriors of love in devotion to the Father, are transforming an environment of darkness and suffering in an environment of light, love and benevolence. They radiate the flame of the love that keeps within them and thus they manifest the respect and the love that they have for the Father, attending the request that made them to help in the elevation of the environment in which they live today.

Many will say, little progress has been made, but I say, deceive those who think so. There is much love that radiates from human acts at this time. And it is not an egoistic and individualistic love, but humanity progressively understands that what affects one, disturbs everyone, because they begin to recognize one with GOD in their hearts. Although that is not what they tell you, come to realize the change in behavior of those who daily cross their path. Realize how humanity is reacting to collective facts that were once simply accepted. These are the true signs of progress, and you can find them all the time. Just watch.

And now I tell you, the more you seek those sacred aspects stored in your hearts, the faster you will manifest the freedom and communion in your world. For, beloved, there is not in the cosmos darkness that will resist the radiance of the divine energy of your hearts, that which the Father has granted you because of the deep love you feel for you and, in the same way, you hold for it.

Today my request is simple; Respect yourselves for everything you stand for and for the flame you keep burning in your hearts. Acknowledge the deity of each of your brothers who are at your side playing a part in this great game that you have entered. All of you are Gods, brothers, children of the same Father and carry within you the most fantastic energy of this cosmos, the energy of love and creation, the Christian flame GOD I AM IN MY HEART. Therefore they should grant each other their due value, loving and respecting themselves as a group of souls who undergoes a process of transmutation upon request and in devotion to the love that the Father has for you. With this, they help and modify the whole creation.

I am Nothing, daughter of the Father as you are. In perfection, I manifest the divinity of my heart in communion with the One, and today I ask you to recognize and respect the Christ's Christian flame kept in your hearts. Be first and foremost a devotee of yourselves, for you will thus be devotees of the Creator ... Because so it is.

With all affection and love.

Source: http://www.peacetransformation.com/
Posted by Michele Martini at 9:43 AM